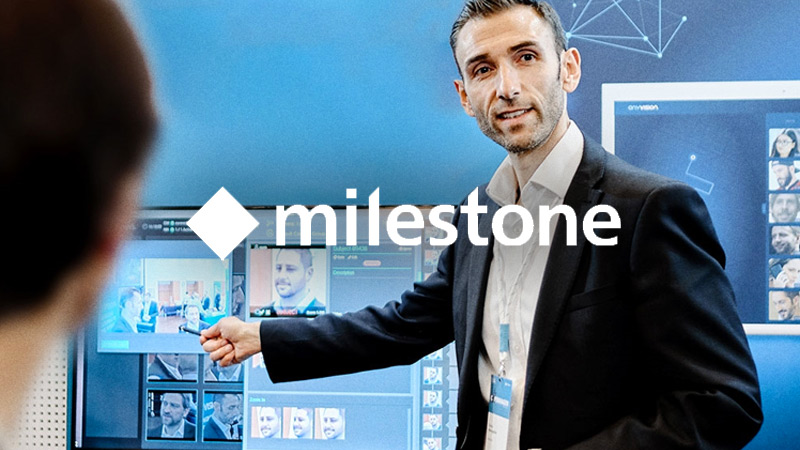 The new integration represents a comprehensive, yet elegant approach to security and surveillance. Working under the familiar Milestone software interface, security operators can remotely display and control tile layouts and required content on video walls through simple drag-and-drop functions. Operators have full control over the video feeds on the video wall, whether they need to display live video camera sequences or play back streams from a video server. In addition to video content, the plug-in can also manage non-video content, such as maps, web pages, and control data, which can be displayed on the wall by controlling all sources and presets, hence providing a complete end-to-end networked solution.

The combination of the high-density decoding on the video wall, the possibility to bring in any content or other signals and the easy control from within the XProtect interface will really simplify the life of Milestone operators while significantly improving the decision-making process in control rooms.

VuWall’s innovative plugin opens up a new range of possibilities for security monitoring environments looking for multi-channel decoding capabilities, VuScape IP decoding cards represent a dedicated decoding system, capable of fulfilling any decoding requirement, and is the perfect complement to one of the market’s most recognizable security platforms. In addition to that now not only camera signals can be displayed on the video wall but also any other kind of sources and data like physical HDMI/DVI inputs, web content and applications.

Another unique functionality of the VuScape video wall controller is the possibility to encode the whole video wall or an area of interest. This stream can be transported through network and be displayed in another location for example, streamed back or recorded.