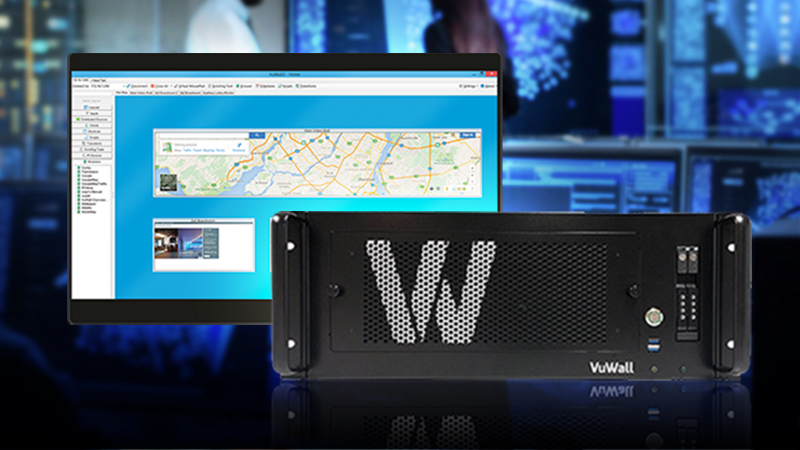 MONTREAL — Feb. 6, 2020 — VuWall, a leader in video wall control systems, continues its commitment to bridging AV and IT sources and allowing users to easily and intelligently control and manage any video wall deployment with the addition of new collaboration and KVM features to its VuScape video wall controller. With VuScape’s full-featured management software, users can “control what they see” and distribute all content sources to any display on the network with the utmost flexibility.

“Today’s control room is a complex hub of incoming data from a range of sources — including IP cameras, encoders, applications and documents, as well as HDMI/DVI/DP inputs — that users must command easily at any given moment,” said Paul Vander Plaetse, CEO at VuWall. “VuScape simplifies the control room workflow, giving users everything they need to manage all their content streams. Whether at the video wall or from a desktop, VuScape effectively closes the gap between the different source formats in a user-friendly, future-proof controller.”

Schedule a VuScape demo at ISE by signing up here.