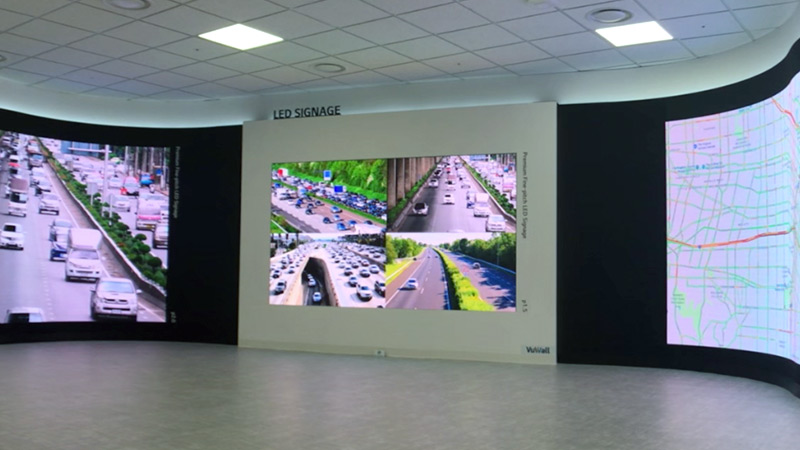 “LG shares our commitment to provide customers with a comprehensive easy-to-install, easy-to-use control room solution that allows them to focus on their mission objectives,” said Paul Vander Plaetse, CEO at VuWall. “Customers were able to experience first-hand our combined platform when LG opened its Paris showroom earlier this year, and now customers have even more opportunity to see it in action. We’re proud to partner with LG who is recognized for pushing the boundaries of video wall technology by powering some of their most innovative and spectacular displays.”

The VuWall and LG integration offers customers the ability to control LG displays remotely using the VuWall scripting tool with VuScape, a series of modular video wall processors and controllers designed for small- and large-scale video walls controllers. This gives video wall operators the utmost flexibility and ease of use. As a fully integrated platform, it provides organizations with a comprehensive ecosystem driving their video walls from anywhere in the facility, whether in control rooms, collaboration rooms or lobby signage. VuScape can be combined with ControlVu, VuWall’s PoE touch panel and its intuitive interface designer, making it a complete, easy-to-use video wall management and control system.

“As LG continues to exceed expectations with innovative products, we are determined to maintain momentum and continue providing our customers with the best display technology in the world. Choosing the right technology partners is essential in reaching our goals,” said Harri Ekholm, vice president of sales at LG Electronics. “VuWall is a recognized leader in video wall control systems with solutions known for their reliability and performance. Their deep understanding of mission-critical needs and ability to efficiently drive any kind of video wall make them the ideal partner for us.”

More information on VuWall and their full line of solutions is available at www.vuwall.com. To get a live demo, book a meeting with VuWall at ISE 2020 in Amsterdam Feb.11-14.