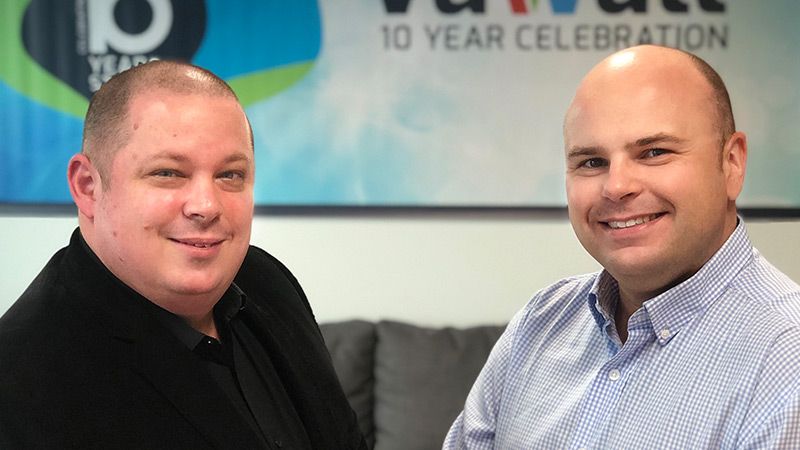 VuWall Continues Global Expansion with Investment in the United States

VuWall, a leader in video wall control and AV network management, today announced new engineering and sales hires in the United States. Francisco Provencio has been appointed application engineer while Christian Cooper joins as account manager for the East Coast. These new positions will provide additional resources for customers throughout the U.S. as VuWall continues to grow globally.

Currently, VuWall has more than 1000 deployments in over 45 countries, with more than 200 in the U.S. alone. As this number continues to grow, expanding the U.S. service and sales support team is a critical step toward healthy growth for the company. This is a continuation in overall North American corporate strategy, as earlier in the year, VuWall added resources to its marketing and inside sales teams at its Canadian headquarters.

“As the demand for agile and scalable video wall and control room systems increases rapidly, VuWall has become the chosen solution provider for many installations in the U.S.,” said Paul Vander Plaetse, CEO. “Building a solid American team will make it easier to help our customers achieve a superior visualization experience. Francisco and Christian have years of expertise that will ensure customers are well supported in every step of the design and deployment process.”

Provencio, based in Atlanta, Georgia, has more than 10 years of international experience in the AV industry — specializing in control rooms — having held both technical engineering and sales roles. In this new position, Provencio will focus on the U.S. market, supporting AV integrators and consultants with project designs, technical drawings, and on-site or remote customer demos.

Cooper, based in Miami, Florida, is a seasoned AV sales manager with broad experience and technical expertise in control rooms, display walls, and digital signage for utility companies, emergency operation centers, traffic management centers, and other critical infrastructure industries. Prior to joining VuWall, he served as regional sales manager for Mitsubishi Electric. Cooper will focus on supporting integrators, consultants, and end users with their video wall projects.

“We are thrilled to have Francisco and Christian join our team. In addition to being an excellent fit with the VuWall culture, bringing them on board is perfectly aligned with our consultative approach to sales,” says Maryse Montagne, sales director of North America at VuWall. “Their technical expertise was a critical part in our selection process as we strive to help our customers make informed decisions in their control room projects.” 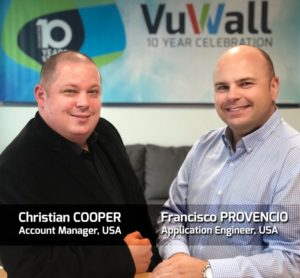